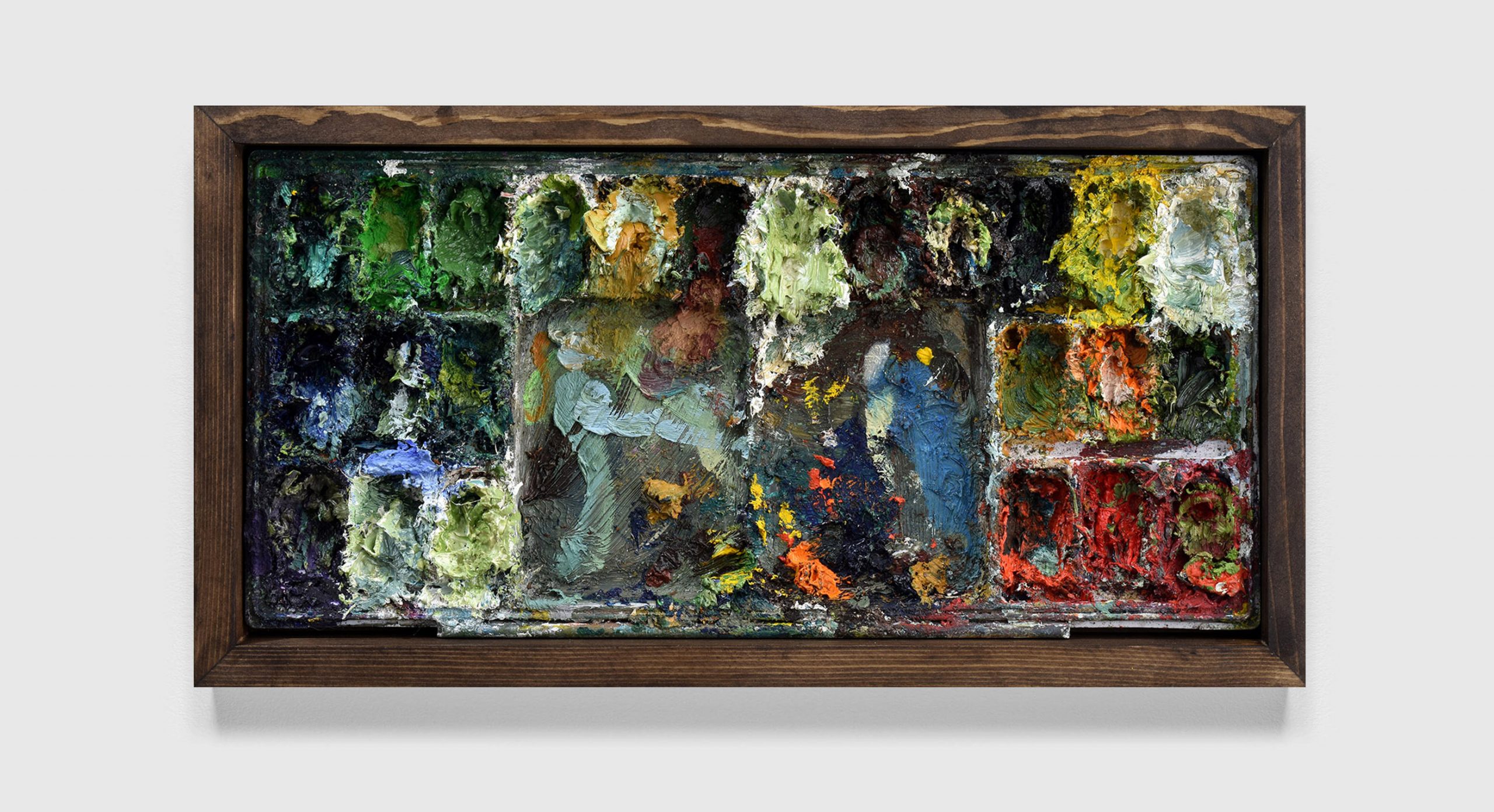 When I got serious about painting, I lived in a tiny apartment with two other roommates. There was always a lack of space for me to work. Plein air painting was not only a pleasurable activity; it was also a solution to my problem. By escaping my comfort zone, I had to face the difficulties of painting outdoors: Staying focused in crowded streets, catching the ever-changing sunlight, sitting down for hours to finish a painting, and having conversations with passersby.

I learned a lot while trying to overcome these challenges. Painting directly from nature made me more confident and swift. Being among people on the streets taught me how to simply explain my work and forget about being shy. It takes courage to expose yourself to strangers’ judgment, and I found that by escaping my apartment.

I was new to this megacity. I was born in a little town and was struggling to understand the dynamics of the capital. Painting outdoors was a great way to get more intimate with the city. To find inspiration, I had to explore different neighborhoods. I always wanted to go far, but I didn’t have a vehicle. I started to look for ideas near where I lived. From time to time, I rode the subway to explore other neighborhoods.

Tehran is an ocean of ideas. I felt like a fisherman, and the canvas was my net. Everywhere I went, I tried to be as much curious as I could. I could go deep into one neighborhood or explore different places. I did both.

During the winter of 2019, I made more than 40 paintings on Keshavarz Boulevard. I went there almost every day. I painted there days and nights. I began to record myself and other people’s reactions to my presence on the sidewalks where my easel was set up. Using these recordings, I made a short film, “The Painter on the Street,” and began to realize my interest in documenting my life and work experiences through moving images.

Memories of the Past

Buildings mirror how their creators and tenants thought about life. Old buildings are old memories of the city. I wandered the streets of Tehran, looking at old buildings and imagining how young and lustful this city was. The older part of the city is like a history book. If you walk down Lalehzar on weekends when it’s uncrowded, you may get lost in time. I celebrated the hope and energy that filled this city by painting some of its architectural masterpieces.

Like other underdeveloped cities, the face of Tehran is transforming every day with the constant deconstruction of old buildings and the construction of new ones. The problem is that these new buildings lack identity and are not designed for life. I tried to mirror this ever-changing state by painting some construction sites.

These sites are uniformly covered by white and blue walls and labeled “Tehran, A City for All.” The label is imposed by the government and feels absurd. The city is designed for a few privileged people and uninviting for the rest. Destruction of national heritages and creating monstrosities is what our next generation will inherit from us.

Roaming the streets, you see so many discouraging scenes. Being an artist, for me, is to be buoyant and hope for a better future. Looking at ugly designs taking up the city, I tried to find color and meaning in them. I did not want to look at them with regret, anger, and more thirst to destroy. My colorful palette wished me to depict every trace of beauty my eyes could distinguish.

I spent some time painting in a few unfavoured neighborhoods. In the Abkooh neighborhood, the state of buildings and streets was shocking. Abkooh was a slum at the margin of Mashhad. This marginal neighborhood became central as the city extended, but the residents remained impoverished. The government considers them second-class citizens and tries to relocate them and demolish their region.

People are always more affectionate and also more curious in impoverished neighborhoods. There are lots of kids on the streets. I loved it when the kids came to me. They often talked about their love of painting. Grown-ups appreciated me coming to their hood and painting their buildings. These people are ignored by society and are grateful when someone tries to understand what they are going through.

Thinking in My Journal

The page on the left reads: “I used the dry brush technique to paint the background of this piece, which is a boring and long process. I was satisfied with the result. The newsstand is in the foreground so I have decided to let the canvas texture show in the background and use brush texture to show the newsstand.”

The page on the right reads: “I haven’t started to paint yet, but I have to pee. I’m thinking of going to the rest room first and then come back to paint. But it’s a pain in the ass because I have set up my gear and I’m also hungry. But I think I have to go the rest room. The street light went off and changed the lighting of my subject. I think I’m gonna change my place and go for a new subject.”

While painting a building in Mashhad, a police officer asked me to show “a permit to paint.” I told him that I didn’t need a permit to paint outdoors. After a long argument, while threatening me, he made me wipe out the painting and leave the spot. It was a frustrating experience. I had to wipe the painting out using my mask. He waited until the image was thoroughly wiped out and then left. I posted about my experience on Instagram, and it went viral. This painting became a symbol for Mashhadi artists whose voices have been silenced by the government.

There is little happening at night in nature and rural areas. But in cities, nights are colorful and alluring. I had a peculiar interest in painting shops and banks at night-time. I was looking for a challenge, and painting during the night is quite demanding. On the bright side, light does not change, so I did not have to be hasty. There are fewer people and cars, which means more focus. But in winter, nights are cold and windy. And you need good lighting if you want to see what you are painting.

I was not interested in painting people walking on the streets. They were transient, and I could not capture them quickly. Instead, I became interested in cars. They felt more human than buildings but easier to paint. Here cars also mirror how secluded and corroded we are. They are old. Even the new ones look old-fashioned because their designs belong to the past century.

The longest night of the year is called “Yalda.” Every year families get together and celebrate Yalda. One year, I was alone on Yalda night. It feels devastating to be alone on this night because everybody spends it with their loved one. I decided to go out and paint. While strolling, I saw this magenta lamp surrounded by dark tree branches. It felt so true to me, so I started painting it. The result was enchanting.

I saw so many lonely people meandering that night. I go and watch highways sometimes. There I can deeply feel the solitude. Thousands of people pass my sight. I imagine how their lives are. They seem lonely to me. I tried to express this loneliness by painting my shadow because I was not skillful enough to show it directly as Edward Hopper did.

Painter on the Street (Short Documentary)

Going outdoors and painting was an essential part of my way to becoming an artist. I learned painting skills and social skills by exposing myself. Explaining my art to strangers helped me better understand myself. It was always thrilling to be outside. I felt young and potent painting in cold and hot weather, days and nights.

Here is the short documentary I mentioned above. It delineates how I painted on Keshavarz Boulevard and how people interacted with me. My method of painting evolved later. I got more skillful and chose different subjects. I would love to paint on the streets again in the future when I am more experienced and have a deeper understanding of the city.