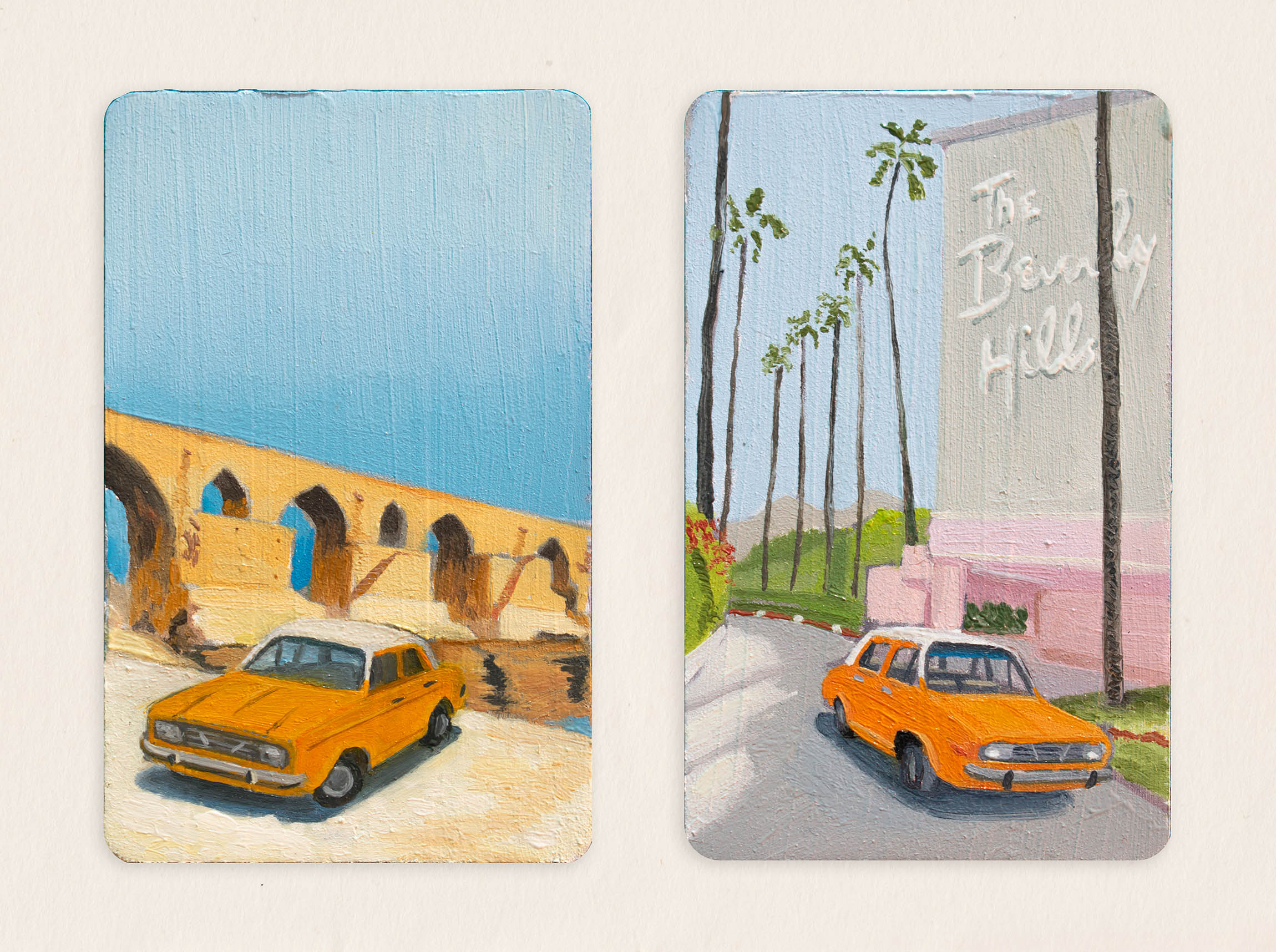 Stories are the food of our souls. We can’t survive without them. Life is meaningless without stories. As soon as I learned how to read, I started devouring children’s books. My staple food was Road Dahl. I lived in his fantasy worlds. I cried and laughed with his characters. I looked at Quentin Blake’s illustrations of Dahl’s novels and felt my first aesthetic experiences. I read Shel Silverstein’s poems repeatedly and was fully satisfied by his eloquent and honest imagery.

Writing and making stories happened naturally to me when I was a teenager. In high school, I made a comic based on one of Ferdowsi’s epics in the Books of Kings titled “Rostam and Sohrab.” I changed the course of Ferdowsi’s story and illustrated it humorously. 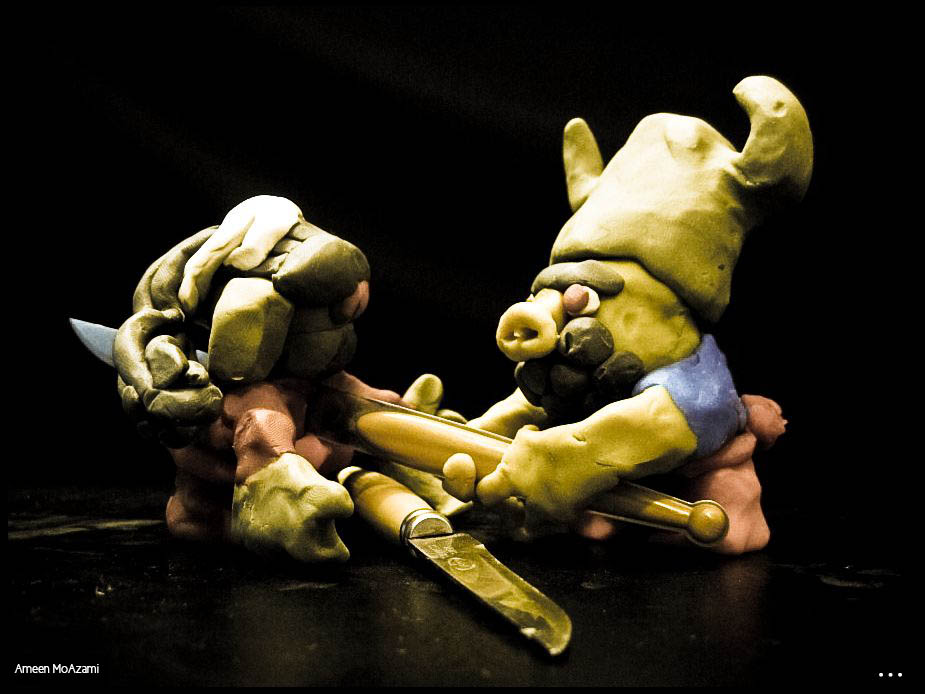 Later, I wrote and illustrated original fantasy stories about my own life. These stories represent surrealistic and magical visions of contemporary life in Iran. I self-published 40 stories in four comic books titled “Peanuts and Chickpeas,” “Cats in Arms,” “Military Service Stories,” and “The Flying Bicycle.”

These comics are written for grown-ups and investigate concepts like Individualism, Sexism in Iranian culture, emerging sexual orientations, environmental crisis, the economy of Iran, migration, the pandemic, compulsory military service, and housing crisis. They are famous for their witty and honest view of contemporary issues of life in Iran.

“Painter and Renting” is a story about a painter who has to relocate because his landlord has raised his rental amount. It’s a comical story about his struggles to find a new place in Tehran.

“The Boy and The Virus” is the story of a boy who gets infected with the COVID virus and quarantines himself in his studio. Pressured by the solitude of his social isolation, he becomes friends with the virus which has infected him. They begin to talk about several topics and become close friends for two weeks before the virus dies and the sickness goes away.

I also make short sequences of color drawings that are illustrated poetry. 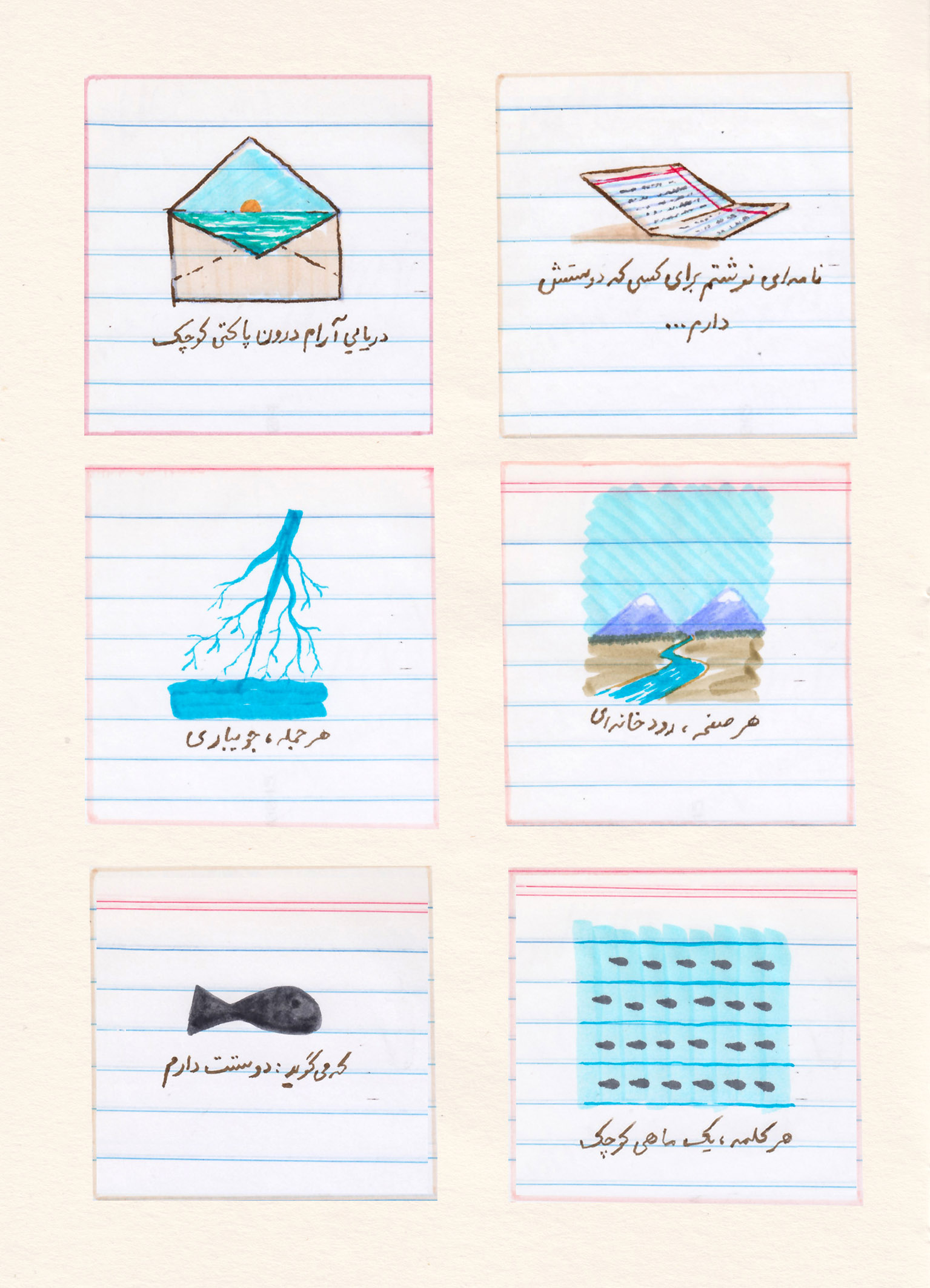 “The Letter” reads:
I wrote a letter to a loved one
A calm ocean in an envelope
Every page, a mountain
Every sentence, a river
Every word, a little fish
That says, “I love you.” 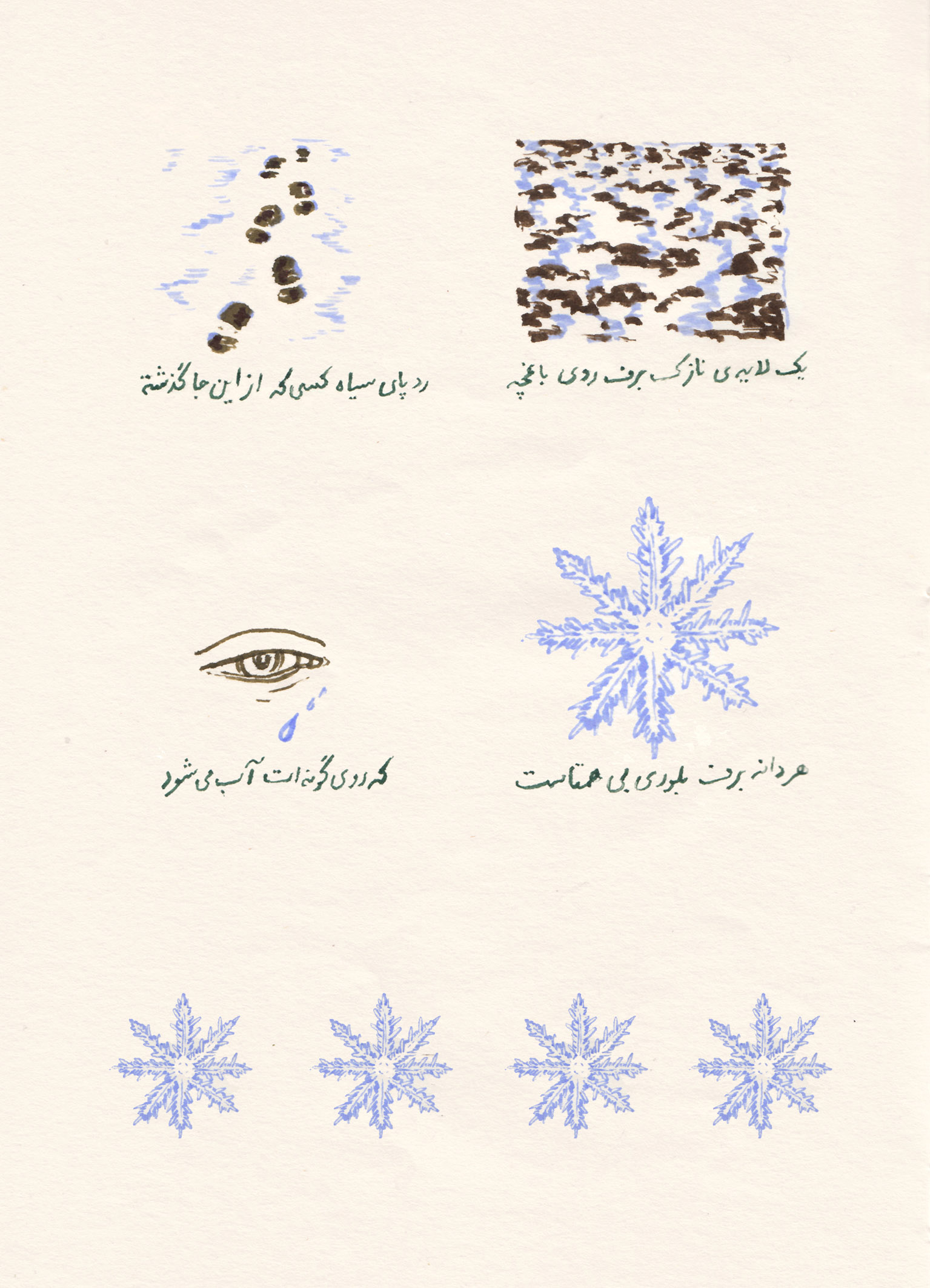 “Snowy Day” reads:
A thin layer of snow on the ground
Footsteps of someone who has passed by
Every snowflake is a one-off
That melts on your chick 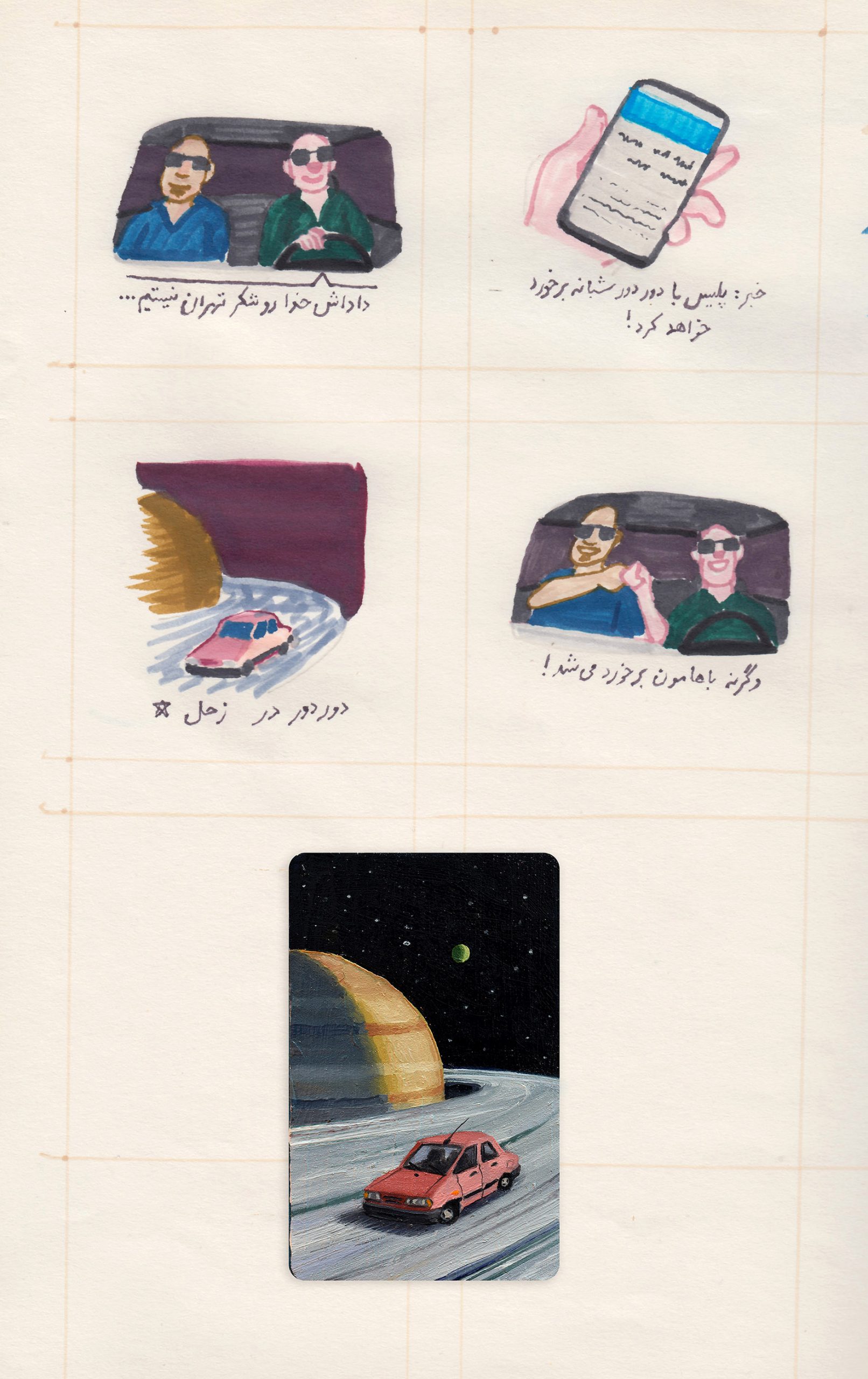 I also investigate pop culture with some of my comic strips that accompany little paintings on subway tickets or expired debit cards. “I burnt and burnt” and “Driving on Saturn” are among them. 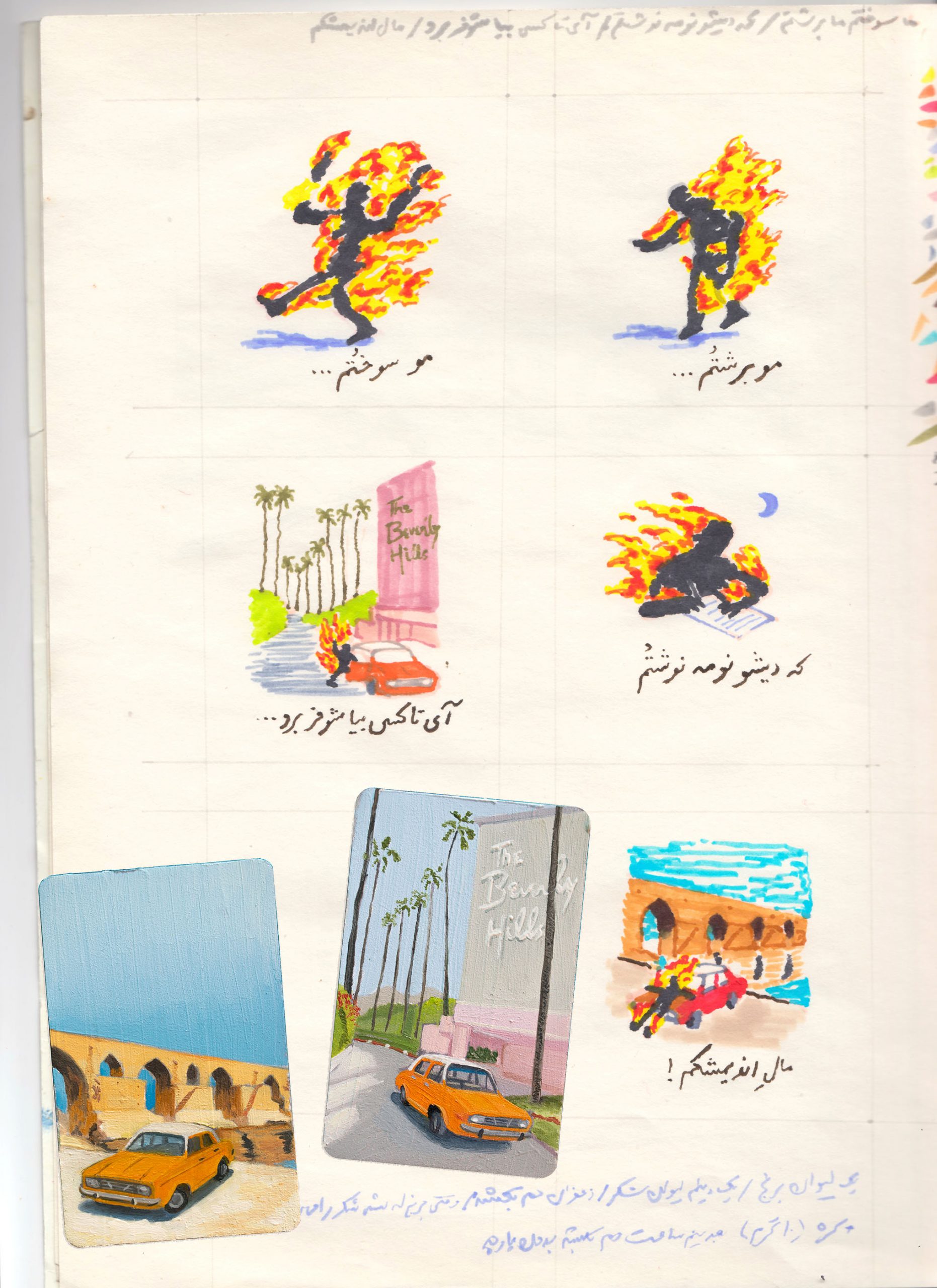 I also draw wordless comic strips. They are primarily strange and meaningless while they are light-hearted. I like to make stories that the reader doesn’t fully understand but can interpret it on their own.