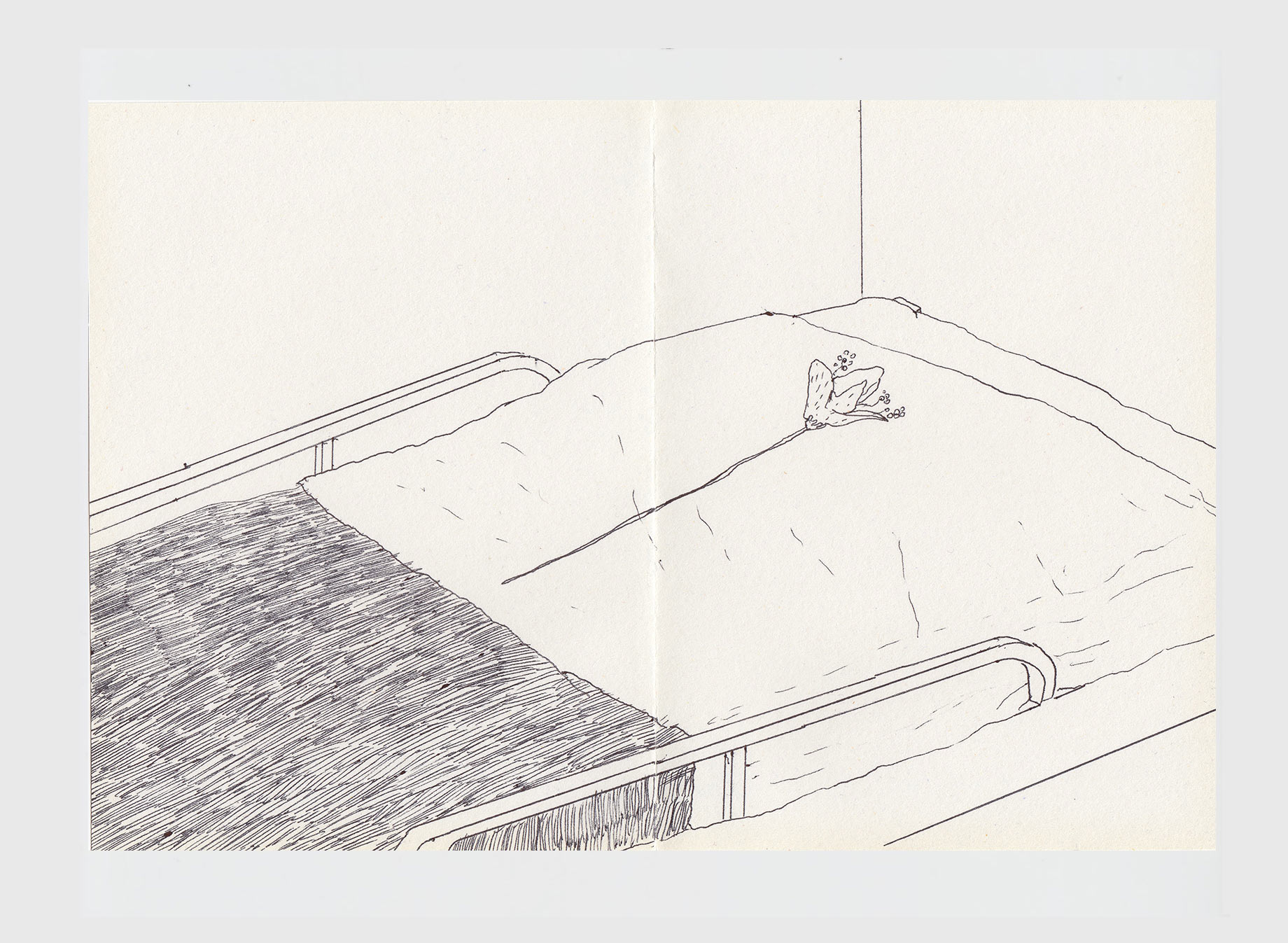 From ages ago, grown men in Iran had to serve the government for two years to obtain various citizenship rights. Like the right to drive a car, be employed in a business, receive health or work insurance, own a business, study, own property, obtain loans, and travel outside borders.

Enlisting in the Army

When the time came, I enlisted in the Army. I was afraid, but I wanted to face it with vigor.

In the training period, I spent two months, days and nights, in the camp. On the first day, I knew nobody, not a soul. When people asked about my occupation, I told them I’m a painter. I asked them to pose for me, but they didn’t take me seriously.

To prove myself, I went to the toilet and drew a self-portrait in the mirror. The self-portrait turned out quite well and had solid and confident lines. It resonated with my fellow servicemen’s feelings of shock and solitude.

The drawing moved them. Two soldiers came to me and asked me to draw them. I posed them on a bed. A friendship was forming, and my drawing was vital to it.

We slept in a big dormitory consisting of 120 beds. After a couple of days, every soldier in my unit knew me as a draftsman. After a week or so, every soldier in the battalion knew about my drawings. Everyone wanted to pose. I was tirelessly drawing soldiers and their lives as enlisted men. I had my pen and sketchbook everywhere I went, even in parades. I drew at lunch and dinner, between parades, between gun training, while exercising, during my watches, in classes, and anytime I was free for some moments.

Watch-time was when you were appointed as a guard to watch a building or something else. I had plenty of free time during these watches. I also drew other soldiers when they were on watch.

Every soldier had a responsibility in the unit. Soldiers were responsible for rationing the food, cleaning the camp, making beds, writing letters and names, doing the dishes, providing tea and water, fighting insects, opening and closing doors, etc. I drew soldiers while doing their responsibilities.

Talking on the Phone

It wasn’t easy to talk on the phone. There were some payphones but no cards to pay for them. Some soldiers had cards. It was expensive. Soldiers tried hard to contact their families. Sometimes I drew soldiers on the phone.

We had religious classes with preachers. They wanted to brainwash soldiers politically. The preachers tried to be funny and approachable, but most soldiers didn’t like them. I drew them a lot. They loved it.

The most important thing was to find time to sleep. Everyone was sleepy. They would sleep whenever possible. I relished opportunities to draw sleeping soldiers because they didn’t move and were easy subjects to depict.

Food was awful most of the time. But it was a good time to chat with other soldiers and laugh. It was also an excellent time to draw because everyone was busy eating, and I could spend my time observing without distraction.

It was part of the game. I served at the beginning of the Pandemic. It was a disaster. Soldiers got sick all the time and were ignored by authorities. Sick soldiers didn’t have a right to rest. There were almost no drugs. We ate oranges and turnips as a remedy. It was absolutely useless. One week almost all the soldiers in my unit were sick.

Every soldier had a gun that he had to take care of. It was an old gun. We did military drills with the gun and marched in parades with it. We had several shooting sessions where we learned how to use the gun. We also cleaned the gun from time to time. Using the gun to shoot was both exciting and scary. A Gun is a powerful and dangerous object. I spent some time drawing my gun. It was mysterious and frightening to me that this piece of cold metal can take lives.

Soldiers became friends after a short time. They didn’t know much about each other. They had not seen each other outside the camp with non-military customs. Some soldiers were poor, and some were rich, but nobody knew each other’s economic state. Everyone was in crisis, and they couldn’t easily trust each other. But they couldn’t endure two months alone. They had to become friends. And they did. Some became close friends. I learned a lot from some of these people. One of them changed my life. I was happy to have an opportunity to meet these boys and draw their portraits.

After the training period, we were sent to different units across the country. There I served my remaining time. It was long and mostly dull. It put me at a disadvantage, socially and economically. The day it was finished was one of the happiest days of my life. I was free and had no obligations to the government. Now I could decide what to do with the rest of my life.

My work is influenced by my surroundings. During my compulsory military service, I drew portraits of more than one hundred soldiers, depicting their unique lives as enlisted men. Being a painter was a privilege because not only did it present an alternate reason to endure the various military hardships, but it also allowed me to develop an ability to connect with total strangers from all over the country by drawing their portraits. There I learned that “I’m not a landscape painter, but a painter of my surroundings,” just as American artist Rackstraw Downes describes himself.